Being an NBI investigator is surely not an easy task since justice calls at any time of the day, every day. Thus, it is inspiring to hear the institution give honor and credit to agents who deserve them well.

Pura is from the National Bureau of Investigation-Central Visayas Regional Office (NBI-CEVRO). He believes in giving everyone a fair chance in justice and being thorough in work. “Dapat may malasakit ka at nagko-contribute ka sa institusyon. There needs to be thoroughness and legality in every case,” Pura told SunStar Cebu.

His unit, NBI-CEVRO, garnered 160,000 points making them the top unit all over the Philippines. Of all cases filed by NBI-CEVRO, 196 were from PURA.

According to NBI 7 Director Atty. Patricio Bernales Jr., “I am blessed with self-motivated investigators and agents here in Cebu. They are all the best in their field,”

He added that the unit will continue working overtime to secure their spot as the top performing regional office until next year.

“I’d like to congratulate the team for a job well done. The hard part of the equation is how to defend the award next year, so there’s more work to be done,” Bernales said.

Among the cases filed by Pura were high profile cases involving raids on drug dens, ATM Skimming by some Romanians, online gambling operated by Korean nationals and the Pulangbato murder case.

Pura has been with the NBI for 24 years as special investigator.

“You must have patience and hard work. Dapat mag-strive ka under the guidance of the NBI’s core values of nobility, bravery and integrity,” Pura said.

He also shared an advice to aspiring NBI agents to not give up easily.

Source: Published in the SunStar Cebu newspaper on November 22, 2017 and SunStar Online.

READ: How to Apply for NBI CLEARANCE Online 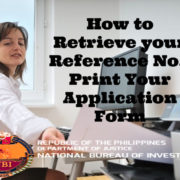